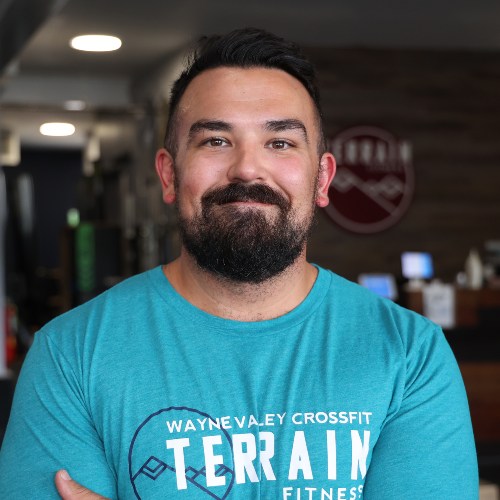 Alex recently moved to Totowa in March 2022 and began his search for a new gym and coaching position. He found myself at Terrain. Not only was he impressed with the programming, but after the first day, he found myself embracing the true essence of the gym, the community, where he finally felt like home. He's coached at two other gyms and competed numerous times in Olympic weightlifting. He began this sport in 2013 and has been coaching since 2015.

Outside of the gym, you’ll find Alex playing with his dog, embracing the outdoors, finding his next adventure, or searching for new brews to share with friends.